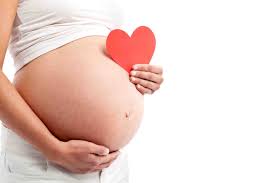 1 in 2 hypertensive pregnant women who habitually snore may have unrecognizedobstructive sleep apnea, a sleeping disorder that can reduce blood oxygen levels during the night and that has been linked to serious health conditions, new University of Michigan-led research shows.

One in four hypertensive pregnant women who don't snore also unknowingly suffer from the sleeping disorder, according to the study that appears in the British Journal of Obstetrics and Gynecology.

"We know that habitual snoring is linked with poor pregnancy outcomes for both mother and child, including increased risk of C-sections and smaller babies," says lead author Louise O'Brien, Ph.D., M.S., associate professor at U-M's Sleep Disorders Center in the Department of Neurology and adjunct associate professor in the Department of Obstetrics & Gynecology at the U-M Medical School.

"Our findings show that a substantial proportion of hypertensive pregnant women have obstructive sleep apnea and that habitual snoring may be one of the most telling signs to identify this risk early in order to improve health outcomes."

Habitual snoring - snoring three or more nights a week - is the hallmark symptom of obstructive sleep apnea, which has been shown to increase in frequency during pregnancy. and affects up to one-third of women by the third trimester.

"Hypertensive pregnant women who report snoring should be evaluated for obstructive sleep apnea since sleep apnea can be treated during pregnancy," says O'Brien, who is also a member of the Institute for Healthcare Policy and Innovation.

"Prompt recognition, evaluation, and management will not only improve health benefits for both moms and babies but may also help cut the high healthcare expenses of operative deliveries, taking care of babies who are admitted to the NICU and other associated health risks."